The pumpkins were carved, the candles were lit and faces had become skeletons again: Halloween had arrived! Therefore, Etcetera, VOS, Helios and Mare Nostrum decided it was time for a party! They put their heads together, organised the annual Halloween party and thus urged everyone to dress up as their spooky alter ego.

It was the 31st of October, full in costume, excitement and alcohol rushed through our veins, we entered club YOLO. The dancefloor was fully filled with rosy cheeks and coloured hair, and Hannah Montana, three Sound Cloud rappers, Wonder Woman, witches and many skeletons were moving their bodies to the beat. The people that were in desperate need for a break or weren’t in the mood to dance got together outside or on the couches to have a chat with each other. Eagerly everyone mingled and soon enough everyone had talked to someone who had been a stranger before the party. Interesting conversations were conceived, which even led to some new friends, or at least some new familiar faces within the Faculty of Humanities.

With great enthusiasm we danced until our make-up had faded and our true self was visible again. The night slowly turned into morning and gradually the number of people on the dancefloor slimmed down. All in all, the Halloween party was a major success; it was a night filled with laughter, dancing and spooky costumes that we will never forget! 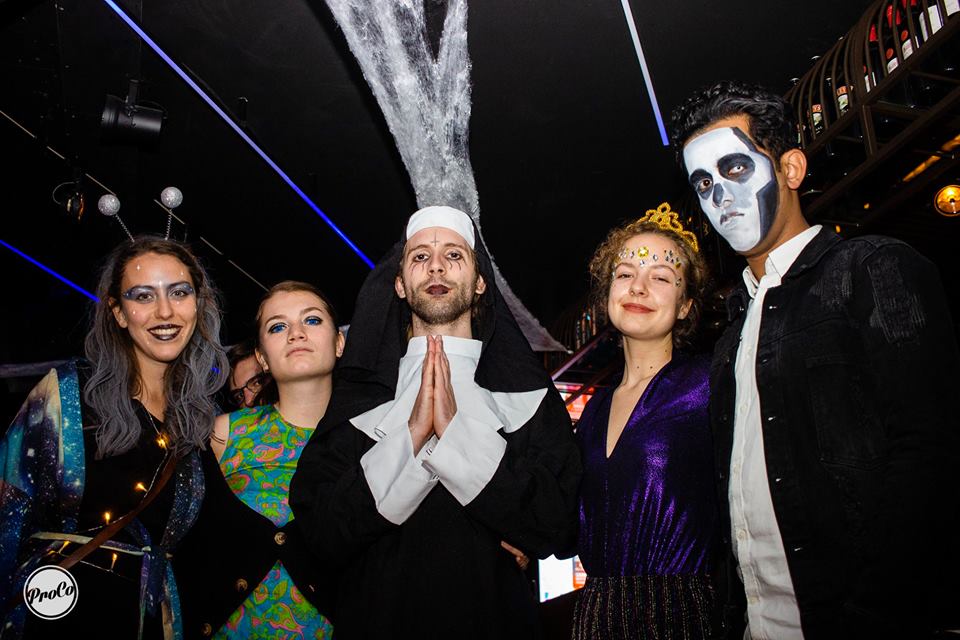 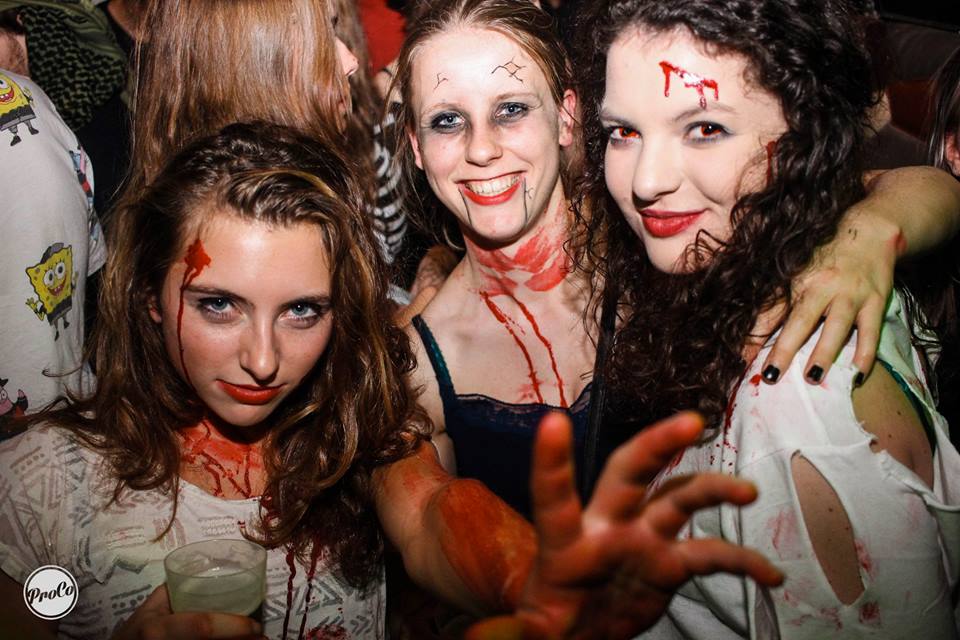 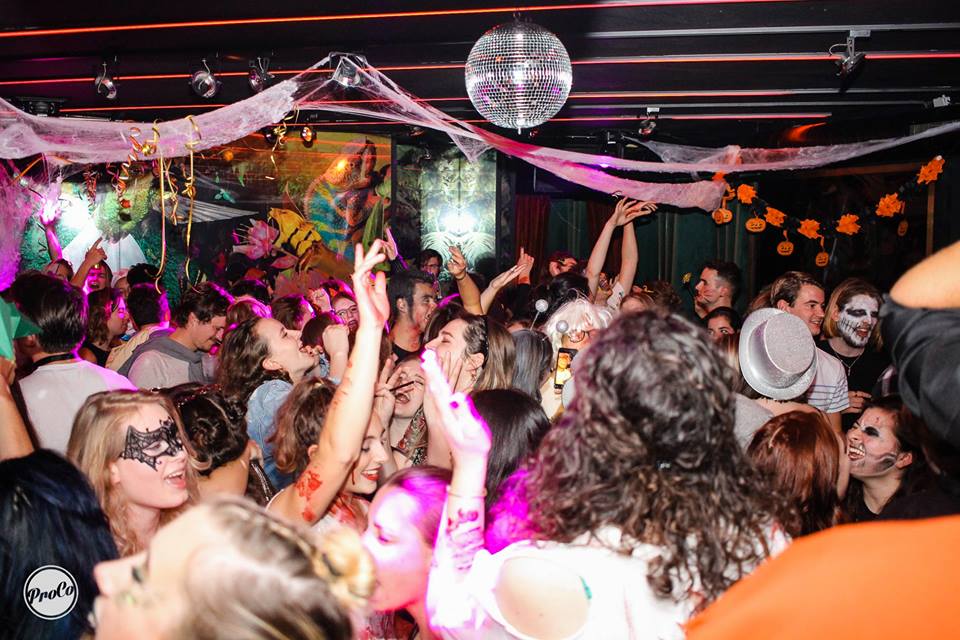 For more pictures, check this album!