On the 2nd of May several members of Etcetera gathered at café Schuim for an event organized by both the LLACE and the ACE, and what does one get when combining thought-through literature and plain, eventful fun? The enjoyable, mildly shocking combination of rapidly written spawns known as fan fiction.

Write Fight started off with a small pub quiz: Teams were made, and afterwards given names – about which I will not go in too much detail. The ones with the most points at the and of a round, had the opportunity to go first in picking adjectives, noun phrases or celebrities out of a very weirdly meme-worthy set of suggestions. After all questions had been answered, the suggestion board emptied and teams given their collection of odd clauses, agents and patients, the writing could begin. In a relatively short amount of time sexual tension, personified by the sound of laughter, enthusiastic scribbling and the scratching of pens, filled the room.

Luckily, in between all of those TMI-descriptions and awkwardly forced relationships there was still some room for less extreme forms of affection. The evening was topped off by some friendly chatting and a few more drinks, and finally diminished into a memory both joyful and somewhat disturbing to think about afterwards. 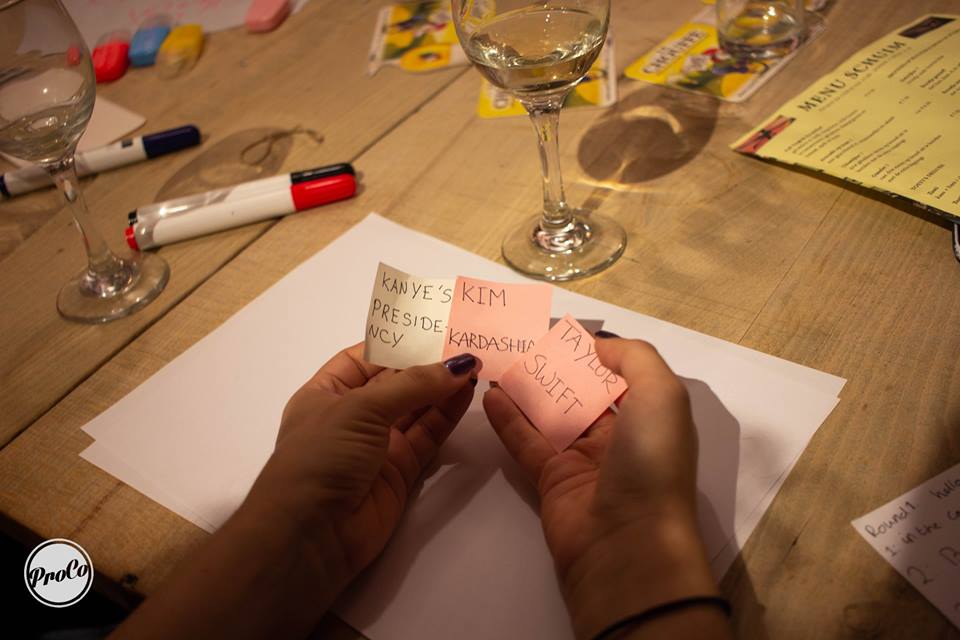 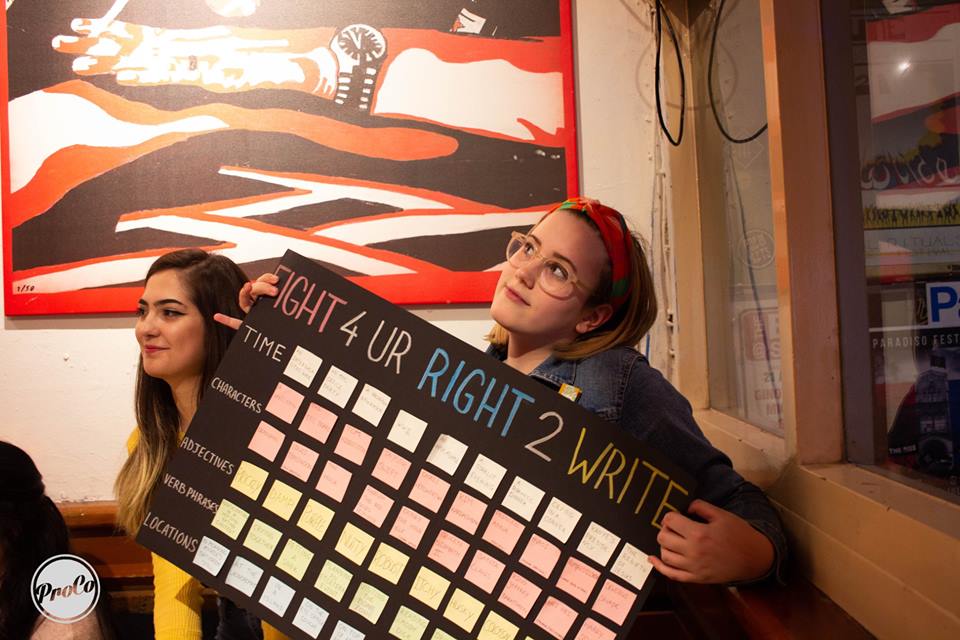