On the 22nd of November, poets and poetry lovers joined together for a poetry night in ‘De Nieuwe Anita’. The event, organised by LLACE, consisted of three activities: writing a poem based on an object and genre, writing a chain poem and an open mic.
At the beginning of the evening, everyone was getting accustomed to the cosy surroundings of the venue and got their drinks from the bar, after which we were told to go downstairs. The fun was about to begin!

For the first activity, we were told to form groups of three and write a poem about a specific object and genre, which were given to your group beforehand. This activity really had most of the groups grinding their creative gears, as the most ridiculous combinations were possible. My group, for example, got a perforator, which we had to write about in the genre historical. It was a challenging activity, but the funniest poems derived from it. Most of them were even performed at the open mic!

The second activity was challenging as well. We were now instructed to form groups of approximately 10 people and write away. We got some time to write one sentence down, and then had to pass on our paper to the person next to us. The most nonsensical poems came from that, a poem about Easter suddenly turning to be about Jesus and his bodily fluids.

After this, the open mic could begin! In my opinion this was the most fun activity of the evening. A lot of people actually stepped up to perform their poems in front of the rest of us, which no doubt had to have been scary at first. But everyone on the list had pushed through, and some poems were really good. Of course, applause was given to everyone who participated and the ambiance in the room was good and full of positive energy towards each other.

But all good things must come to an end. The evening was over, and I could see that everyone had very much enjoyed themselves, some people even stated that the evening had risen above their expectations. I for one, wish the night could have went on a little longer, because nothing is better than people getting together doing something they all like. 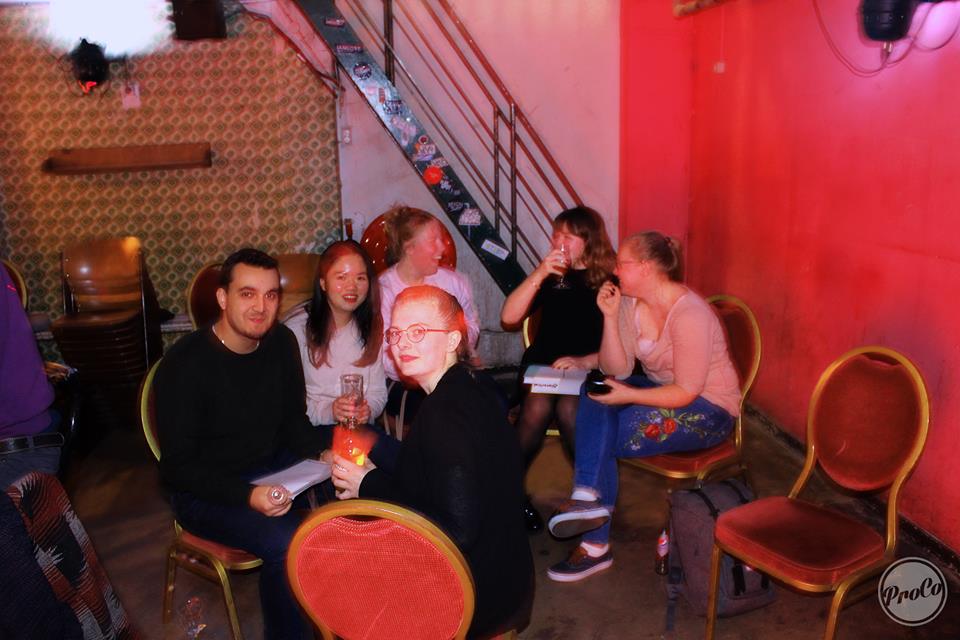 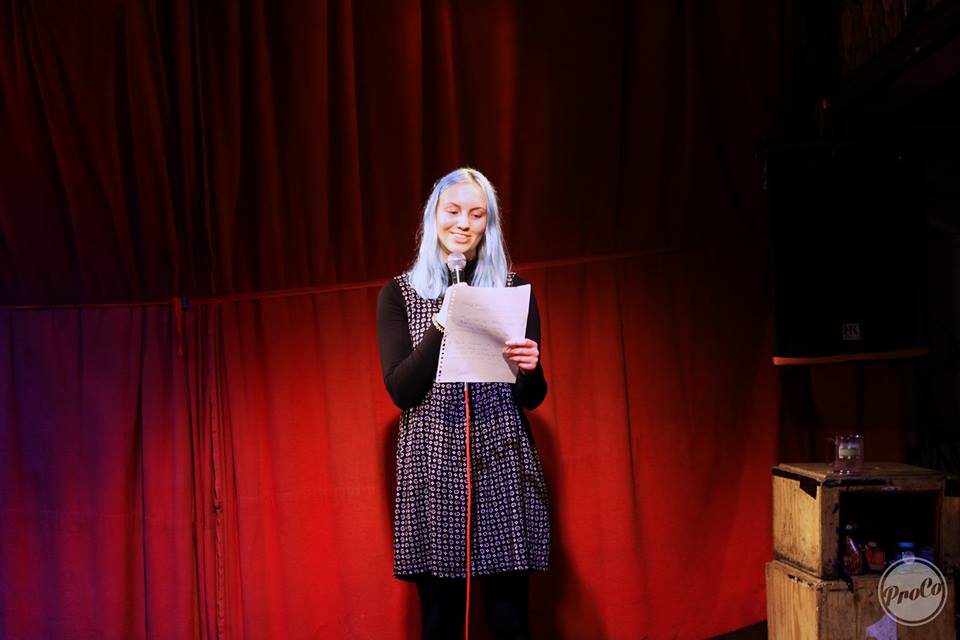 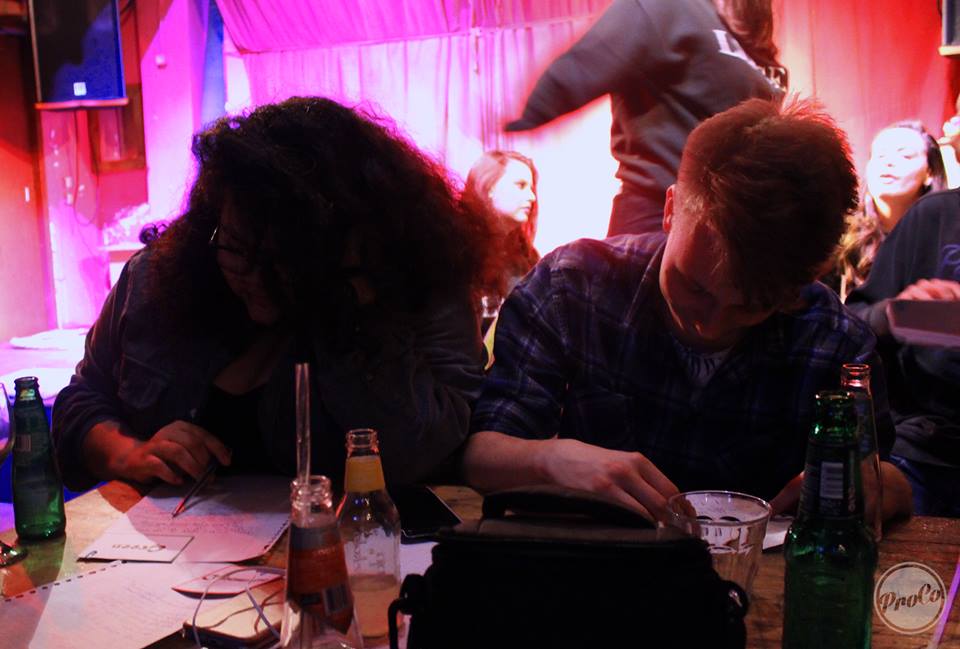